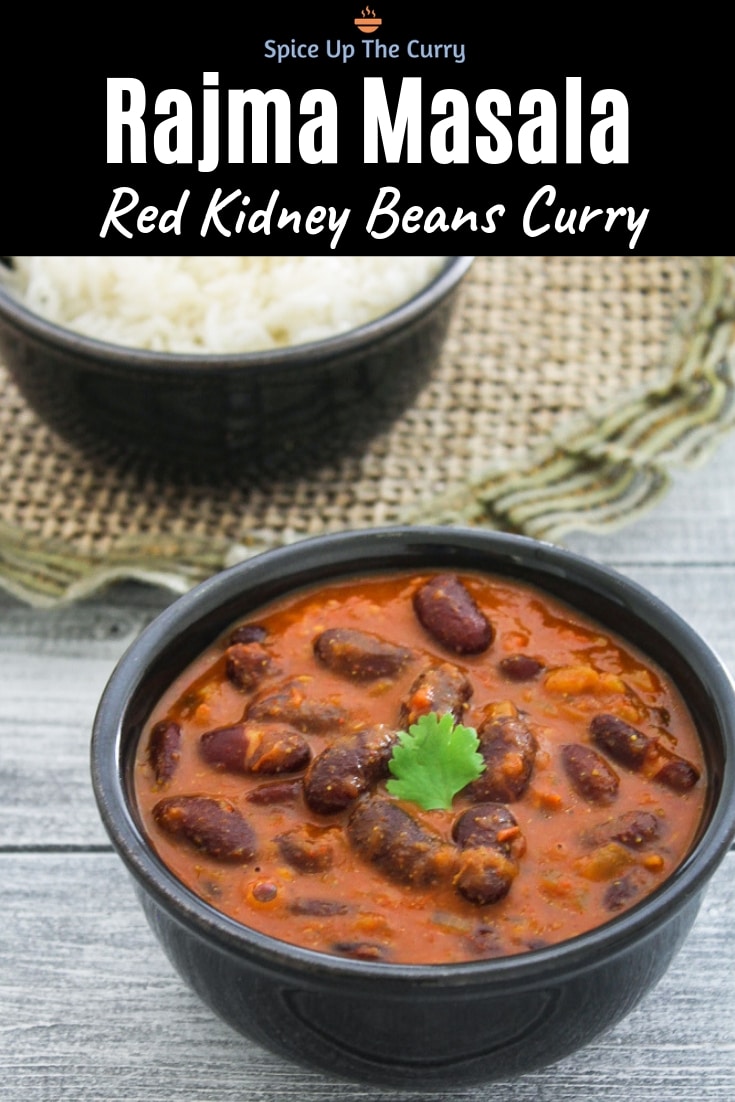 Craving for authentic Punjabi rajma masala recipe? You are at the right place. This kidney beans curry is very easy to make with basic ingredients. Not to forget, it is very delicious, comforting and healthy dish.

What is Rajma Masala?

Rajma masala is a popular North Indian dish that is made very often in Punjabi households. Boiled Red kidney beans are simmered in spicy onion-tomato gravy. In short, it is Indian style red kidney beans curry. It is best served with rice hence the name rajma chawal.

This rajma recipe is a healthy dish. This is very simple version of making it.Today I am sharing the method which I cook at home very often as I love rajma in any form. Not only this one but I like all kind of beans in any form.

I usually make any beans curry like punjabi chole, lobia masala or punjabi kala chana once or twice a week. Because beans are full of protein and as being vegetarian, this is the good source of protein in my diet.

How long to soak rajma before cooking?

Wash rajma under running cold water till water runs clear. Soak them in enough water for at least 8 hours or overnight. It should get bigger in size after soaking. This helps to reduce the cooking time. After the soaking time discard the water.

Forgot to soak the rajma a day before?

Here is quick soaking method for you. Take beans and plenty of water in a pan. Bring the water to a rolling boil and let it boil for 2-3 minutes. Then turn off the stove and cover tightly with lid and let it sit for 1 hour. Voila, after 1 hour your beans are at the same stage where you have after overnight soaking.

How many whistles to cook rajma?

To pressure cook the rajma, Cook for 1 whistle on HIGH flame then reduce the flame to LOW and cook for 10 minutes. Let the pressure go down by itself and then open the cover. This cooking time may vary depending on the type or quality of your rajma. So cook accordingly. Cooked rajma should be soft and some of them will open up.

Punjabi Rajma Masala curry is ready to serve. Make it in your kitchen and enjoy with your family or loved ones

Serving suggestion: Traditionally rajma is served with steamed rice as a meal. You can have it with paratha or roti/phulka.

Can I use canned kidney beans?

Yes, You can use 1 can (15.5 oz) of red kidney beans to make this curry. Personally I do not prefer processed, canned food in my cooking. I highly recommend you do the same and boil your own beans at home. You can see it’s very easy. 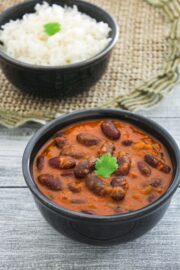 This site uses Akismet to reduce spam. Learn how your comment data is processed.

Hi, I am Kanan Patel. I share easy, delicious vegetarian recipes (mostly Indian) and Eggless baking recipes that you can sure count on! Read More…

Please check your Email and click on confirmation link.